The Chevrolet Malibu is a mid-size car manufactured and marketed by Chevrolet from 1964 to 1983 and since 1997.

The Malibu began as a trim-level of the Chevrolet Chevelle, becoming its own model line in 1978. Originally a rear-wheel-drive intermediate, GM revived the Malibu nameplate as a front-wheel-drive car in February 1997.

Named after the coastal community of Malibu, California, the Malibu was marketed primarily in North America, with the eighth generation introduced globally.

Malibus were generally available in a full range of bodystyles including a four-door sedan, two-door Sport Coupe hardtop, convertible and two-seat station wagon. Interiors were more lavish than lesser Chevelle 300 and 300 Deluxe models thanks to patterned cloth and vinyl upholstery (all-vinyl in convertibles and station wagons), deep-twist carpeting, deluxe steering wheel and other items.

Inside was a new instrument panel featuring round gauges in square pods similar to what would appear in Camaros the following year. New for 1968 was the Concours luxury option for Malibu sedans and coupes that included upgraded cloth or vinyl bench seats, carpeted lower door panels, woodgrain trim on dash and door panels, a center console and floor shifter (only with the hardtop and convertible, which was shared with the SS396) and Concours nameplates.

Models included the base Deluxe, mid-range Malibu & Malibu SS and the top-line Laguna.

The new, more efficient platform was over a foot shorter and had shed 500 to 1,000 pounds (230 to 450 kg) compared to previous versions, yet offered increased trunk space, leg room, and head room. Only two trim levels were offered – Malibu and Malibu Classic.

The Malibu Classic Landau series had a two-tone paint job on the upper and lower body sections, and a vinyl top.

A new front-wheel drive Malibu was introduced in February 1997, midway through the 1997 model year on an extended wheelbase version of the GM N platform shared with the Buick Skylark, Oldsmobile Achieva, Oldsmobile Alero, and Pontiac Grand Am as a competitor to the perennial stalwarts the Honda Accord and Toyota Camry which were the best sellers in the midsize market.

The Malibu name was moved to GM’s new Epsilon platform based on the 2002 Opel Vectra C for 2004.

The Epsilon-based Malibu came in two bodystyles, a standard 4-door sedan and a 5-door Malibu Maxx hatchback (the first mid-size Chevrolet hatchback since the 1989 Chevrolet Corsica).

The Malibu Maxx has a fixed glass roof panel over the rear seats with a retractable sunshade, and an optional glass panel sunroof over the front seats and was similar in execution to the Opel Signum, a large hatchback derived from the Vectra C.

The Malibu was extensively redesigned and re-engineered for model year 2008, with styling by Bryan Nesbitt. GM Vice Chairman Robert Lutz was determined to make the nameplate competitive with Japanese mid-size cars.

The seventh generation Malibu uses a variant of the long-wheelbase Epsilon platform shared with the Saturn Aura, the Opel Signum, and Pontiac G6. It is assembled in Kansas City, Kansas.

The new Malibu became a global vehicle, replacing both the North American Malibu and GM Korea vehicles previously sold around the world. The Malibu was unveiled as a show car simultaneously at Auto Shanghai in China and on Facebook, on April 18, 2011.

The updated Malibu featured a sleeker, yet larger design similar to its full sized Impala. The wheelbase was increased almost four inches, creating more interior space; but the fuel efficiency is improved, as it is nearly 300 pounds lighter than the eighth generation model. The 2016 Malibu was offered in four trims: L, LS, LT, and Premier (replacing the LTZ trim).

MAINTENANCE SCHEDULE FOR YOUR CHEVROLET MALIBU

This will be your first auto maintenance appointment, and it’s a pretty easy one.

When you reach this mileage, on top of the previously listed services, you’ll need to have your passenger compartment air filter replaced.

If you drive a Malibu that doesn’t have a 2.0-liter engine, this is the point when you’ll have your spark plugs inspected and replaced. You should also have an oil change and a tire rotation during this scheduled visit.

At this point, you’re a pro at your Chevy Malibu’s maintenance schedule! During this time, other than an oil change and a tire rotation, you’ll have to add some new things to the list. When you hit 150,000 miles, you’ll need your engine cooling system drained and refilled. Your accessory drive belts should also be inspected thoroughly, and you’ll need to have your brake fluid replaced. 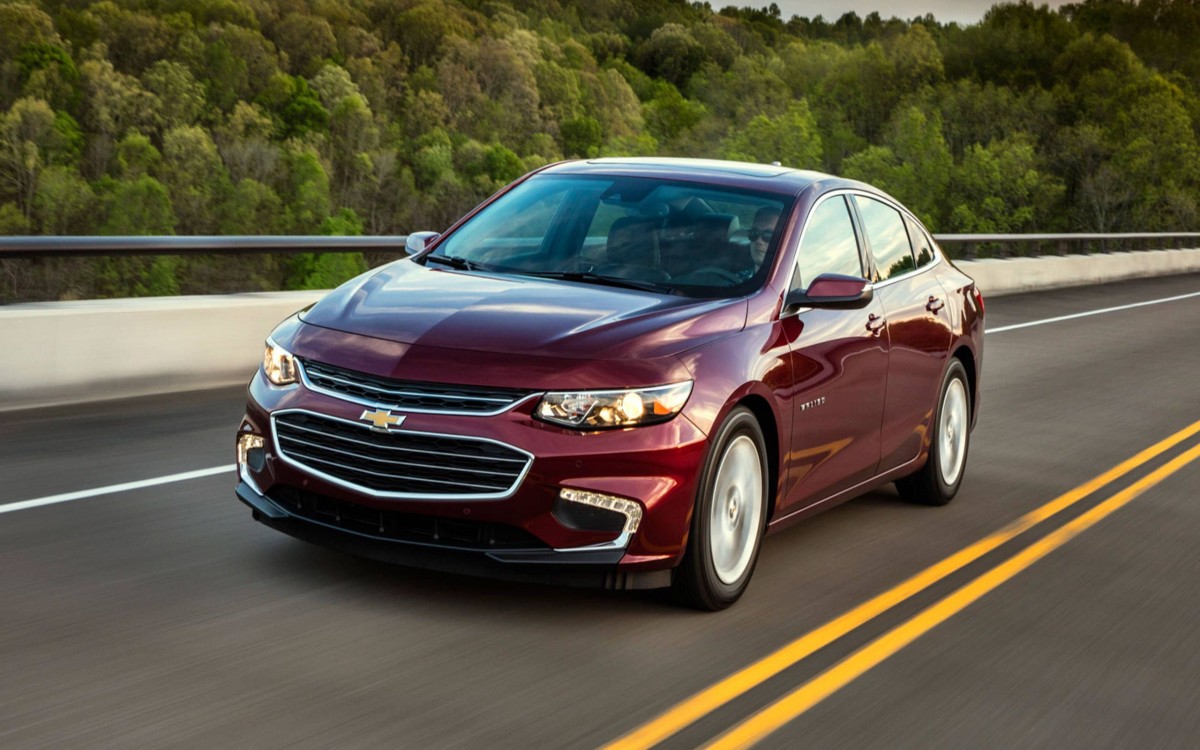 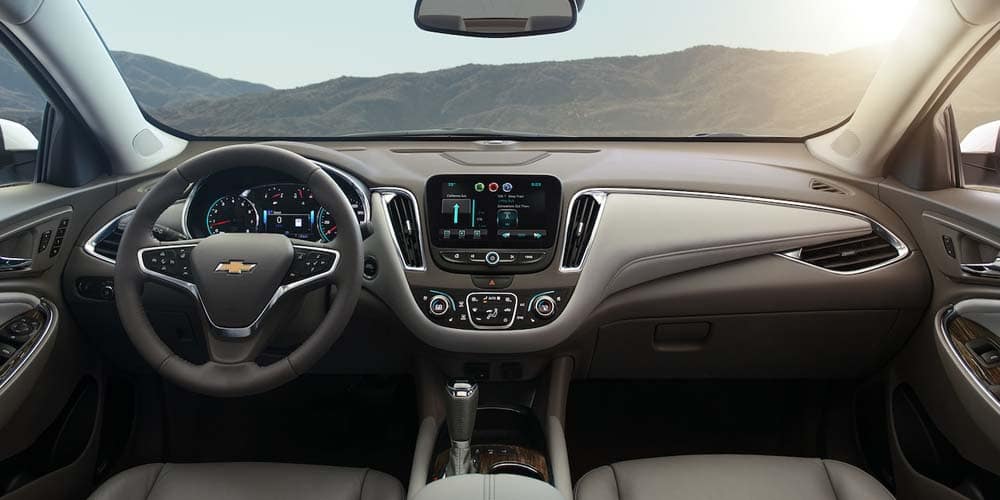 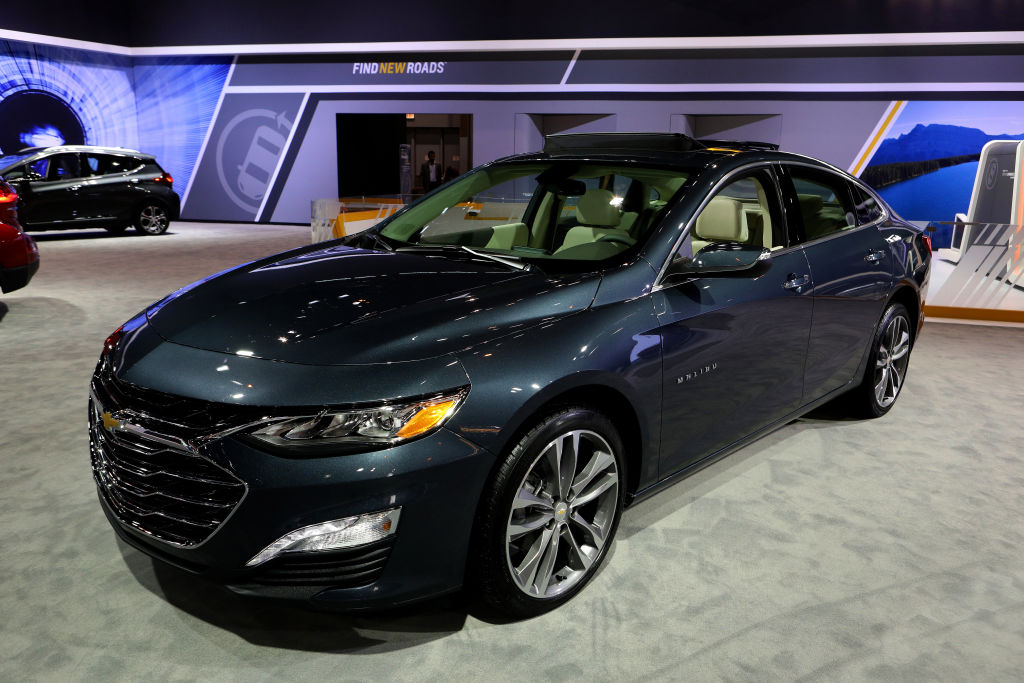