The Ford Bronco is a model line of SUVs manufactured and marketed by Ford. The first sport-utility vehicle developed by the company, five generations of the Bronco were sold from the 1966 to 1996 model years; a sixth generation of the model line is an upcoming vehicle to be sold for the 2021 model year. The nameplate has been used on other Ford SUVs, including the 1984-1990 Ford Bronco II compact SUV and the Ford Bronco Sport compact CUV.

Originally developed as a compact off-road vehicle using its own chassis, the Bronco initially competed against the Jeep CJ-5 and International Harvester Scout. For 1978, Ford enlarged the Bronco, making it a short-wheelbase version of the F-Series pickup truck; the full-size Bronco competed against the Chevrolet K5 Blazer and Dodge Ramcharger.

Following a decline in demand for large two-door SUVs, Ford discontinued the Bronco after the 1996 model year, replacing it with the four-door Ford Expedition (and the larger Ford Excursion). After a 25-year hiatus, the sixth-generation Bronco is a mid-size SUV for the first time, competing directly against the Jeep Wrangler as both a two-door and a four-door convertible.

From 1965 to 1996, the Ford Bronco was manufactured by Ford at its Michigan Truck Plant in Wayne, Michigan, where it will also manufacture the sixth-generation version.

Inside, the Bronco Sport boasts an attractive design and a plethora of popular features. The little use also has an impressive amount of space and several neat innovations. While its wheelbase is shorter than the Escape, the baby Bronco has an upright seating position and a decent amount of rear-seat legroom. Likewise, its roofline rises in the rear, providing additional headroom and enough cargo volume to fit two mountain bikes. The cargo hold can also be outfitted with a slide-out table that doubles as a workspace, a 400-watt power inverter, and LED lights built into the inside of the rear gate that provides overhead lighting. The rear gate features a glass hatch and a built-in bottle opener. The Badlands and First Edition models come with washable, rubberized flooring and upholstery that is easy to clean. Another neat trick is the storage bin that’s located under their back seats.

Every Bronco Sport features an 8.0-inch touchscreen that supports Ford’s Sync 3 software. It comes standard with Apple CarPlay and Android Auto, but it can be upgraded with SiriusXM satellite radio and a B&O audio system. In addition to touch-sensitive controls and voice commands, the infotainment interface can be operated with hard buttons as well as a volume and tuning knob.

SOME INFORMATION ABOUT THE BRONCO SPORT

Ford provides a competitive limited and powertrain warranty that aligns with most of its rivals. However, it lacks the complimentary maintenance that some competitors provide.

HOW TO TAKE CARE OF YOUR BRONCO SPORT?

When should I have Ford Bronco alignment checked? You know your Ford Bronco better than anyone else, so you’ll know if something doesn’t feel right while driving. Have your alignment checked (and adjusted if necessary) as soon as you notice a pulling steering wheel to prevent suspension damage or uneven tire wear.

When does my Ford Bronco need high mileage oil? Do you have more than 75,000 miles on your Ford Bronco? If so, request to switch to high mileage oil at your next oil change. This type of oil is specially formulated to keep aging engine parts in the best possible condition. 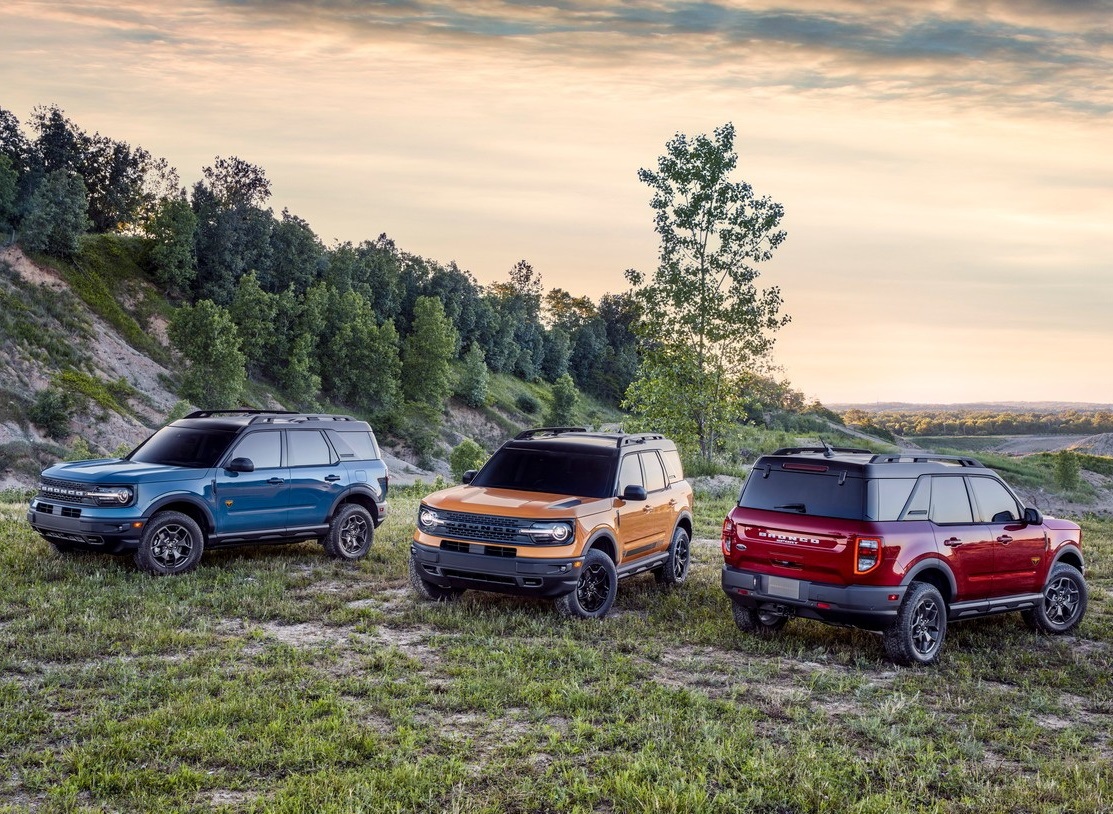