The Ford EcoSport (pronounced EH-koh-sport) is a subcompact crossover SUV, originally built in Brazil by Ford Brazil since 2003, at the Camaçari plant. A second generation concept model was launched in 2012, and is also assembled in new factories in India, Thailand, Russia and Romania. The vehicle entered the North American market for the first time in 2018.

The first generation EcoSport was designed by Ford Brazil Development Center (program code BV226 – AMAZON PROJECT) and was based on the Cologne-built European Fiesta and European Ford Fusion (not to be confused with the North American Fusion midsize sedan). Because of this, the project used the Ford B3 platform.

The EcoSport became one of Ford’s best-seller models in Brazil (consistently appearing on the twenty best selling vehicles), Argentina, Venezuela, and Mexico. Its main competitors were the Fiat Palio Weekend Adventure and Volkswagen CrossFox. The EcoSport sold well, and in 2011, sales reached 700,000.

The second generation of the EcoSport was developed under Ford’s global product development process in Ford Brazil Development Center. It was based on the 2011 Ford Fiesta B2E platform and it was launched globally. The second generation EcoSport was first showcased as a concept at the 2012 New Delhi Auto Expo, in India on 4 January 2012. The car was launched in Brazil on 14 July 2012.

Ford showed the production variant of the Ford EcoSport in China, planning to begin sales in March 2013. In addition to China, the SUV is also made at Ford India’s Chennai plant, for domestic sale and export initially to the European, and by 2018, the North American, markets. Ford’s Rayong plant in Thailand makes the EcoSport for Southeast Asian markets.

The EcoSport, while offering the tall seating position many buyers are looking for, fails to provide much more than that. Its standard engine is an underpowered three-cylinder with sub-average fuel efficiency; a four-cylinder is optional. Interior space is limited and cheap materials can be found throughout the interior, even on the higher trim levels. Vehicles such as the Mazda CX-30, Hyundai Kona, or Kia Soul, with their more refined driving experiences, sportier looks, and better dressed cabins are superior options for buyers in this segment.

The EcoSport interior is functional instead of fashionable, which we can appreciate on the cheaper models. Too bad the cabin quality is underwhelming on top trims that cost nearly $30,000. Meanwhile, there’s ample passenger space up front but not so much in back. Compared with the classy cabins of the Kona and the Kia Soul, the tiny Ford’s interior disappoints. The leather-wrapped steering wheel felt rubbery, and most of the plastic surfaces felt hard and hollow. The SES model dresses up things with exclusive leather-and-cloth seats as well as copper-colored trim pieces. Despite its diminutive size, the EcoSport has competitive cargo space and storage. Most test results were average. It held fewer carry-on suitcases than the Rogue Sport and the Honda HR-V but had higher capacity than the other similar competitors. The EcoSport has an assortment of interior storage spots, but none are very large. A sealable vent in the glovebox connects with the vehicle’s air conditioner to create a climate-controlled compartment.

SOME INFORMATIO ABOUT THE ECOSPORT

The EcoSport offers two levels of infotainment, with the top version based on Ford’s user-friendly Sync 3 system. It uses an 8.0-inch touchscreen packed with features such as Apple CarPlay and Android Auto interfaces. Base models have a basic display with Bluetooth compatibility but no other smartphone integration.

The 2021 EcoSport earned a four-star crash-test rating from the National Highway Traffic Safety Administration (NHTSA), but it hasn’t been evaluated by the Insurance Institute for Highway Safety (IIHS). While the Ford lacks advanced driver assists such as automated emergency braking and adaptive cruise control, the features that are available align with most competitors. Key features include:

The EcoSport’s warranty coverage is strictly average; those who want the best protection available should consider either the Soul or the Kona.

HOW TO MAINTANCE OF YOUR FORD?

Avoid aggressive driving, which can damage your vehicle and may decrease its resale value. Refrain from jackrabbit starts, fast stops, speeding and weaving through traffic, as well. Following these recommendations can help keep your brakes, engine, tires and suspension from wearing prematurely – and even help improve your fuel economy.ư 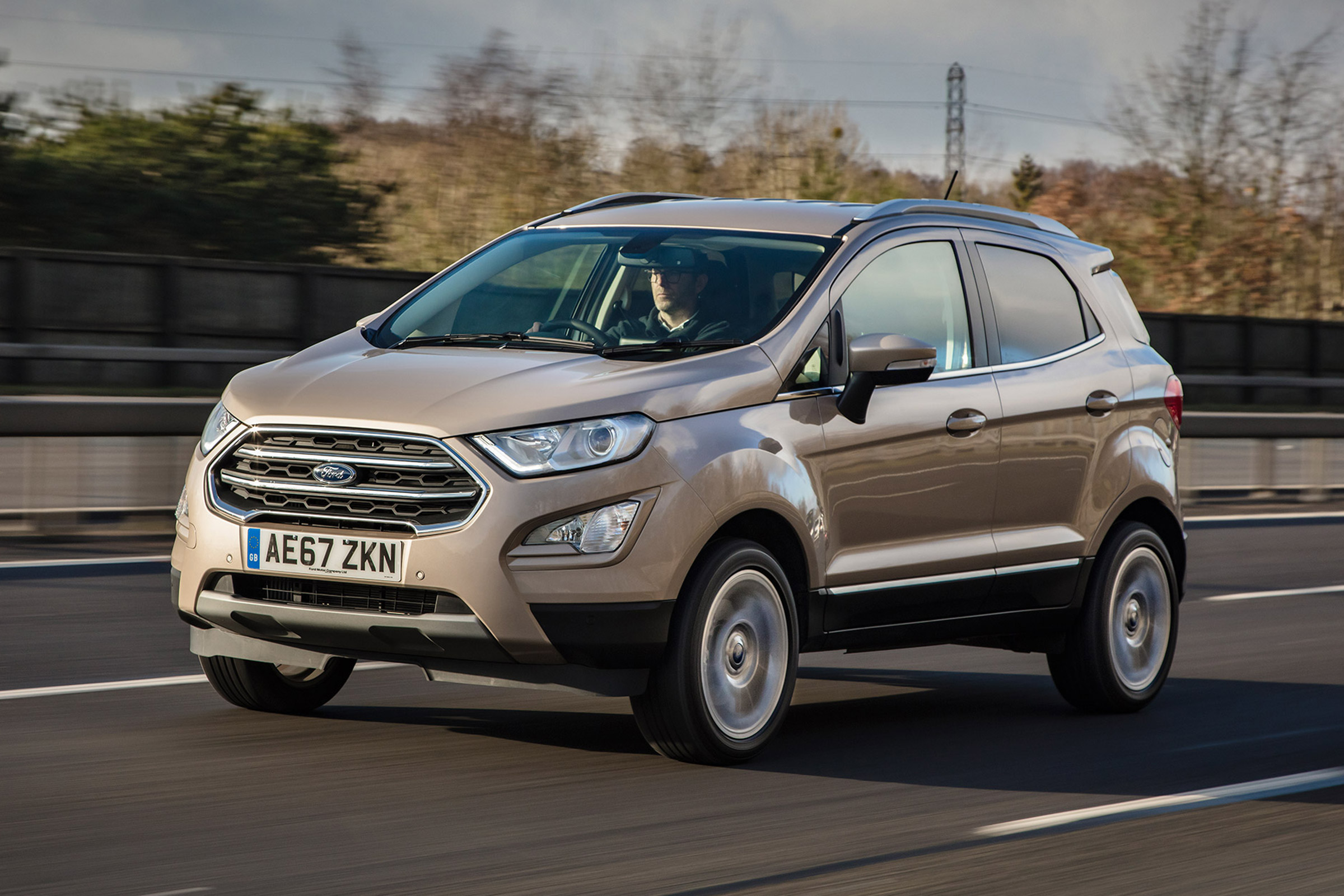 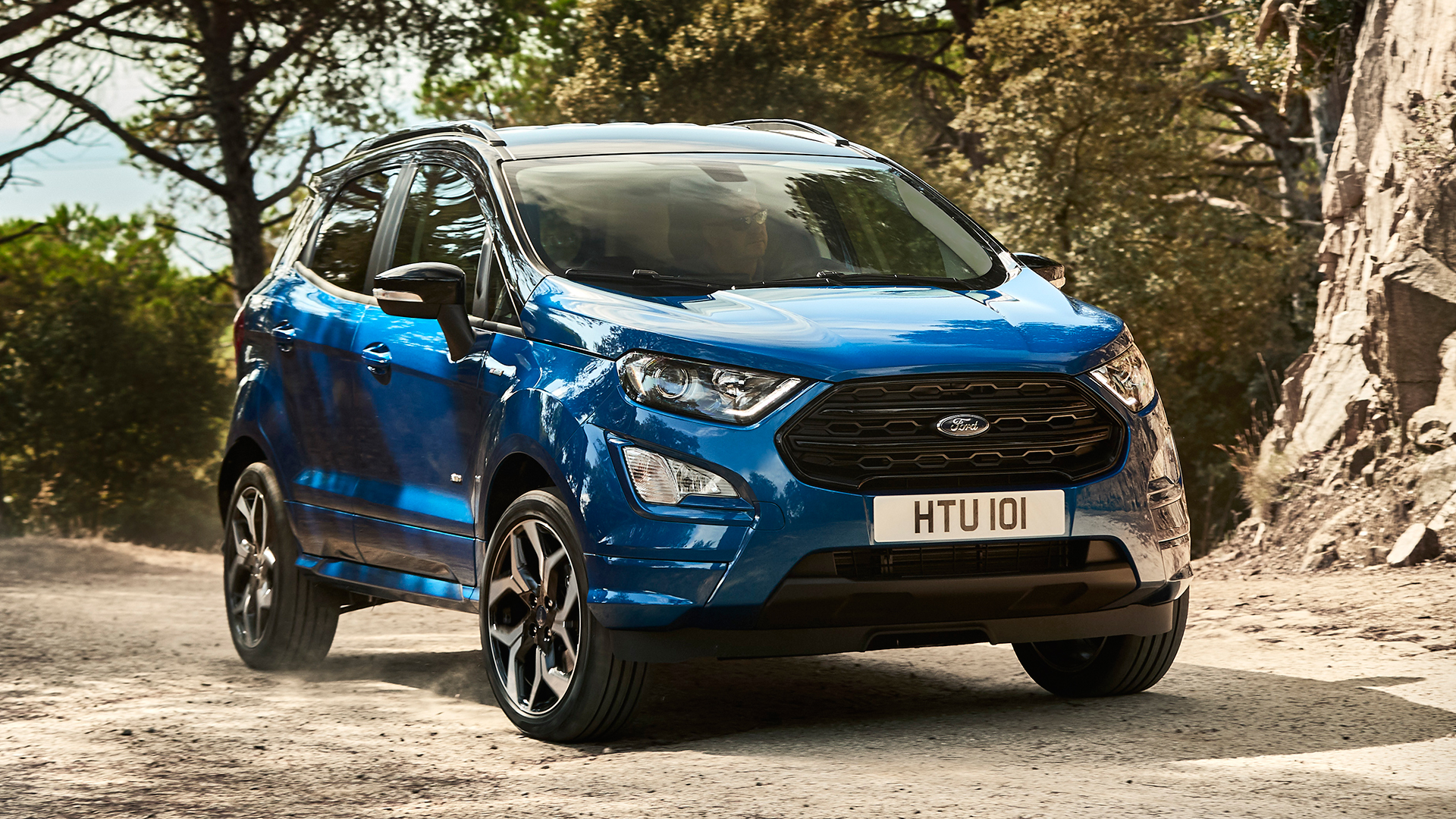 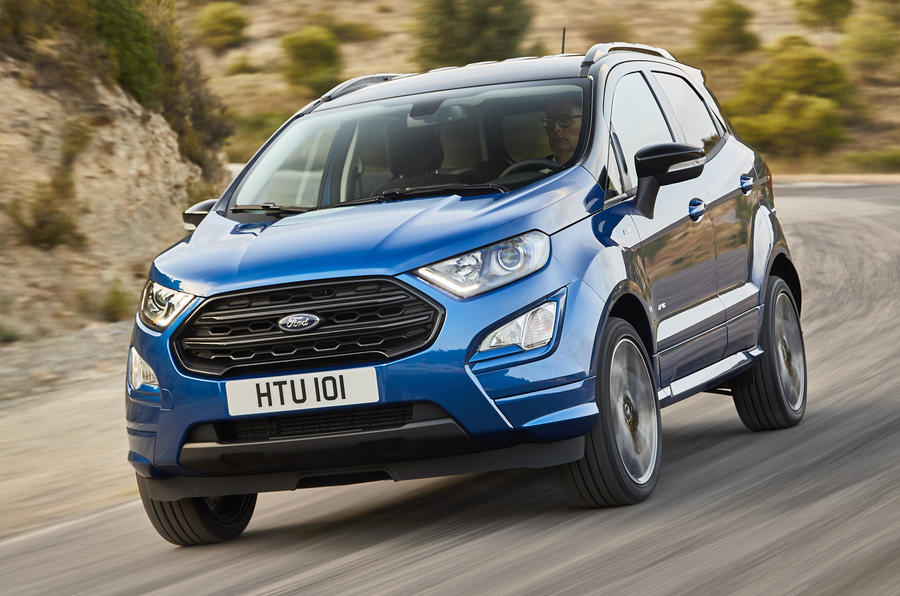