The Toyota Dyna is a light to medium-duty cab over truck for commercial use. In the Japanese market, the Dyna is sold alongside its twin called the Toyoace. The Toyoace was a renaming of the Toyopet SKB Truck as a result of a 1956 public competition with 200,000 entries.

In Japan, its traditional competitors are the Isuzu Elf, the Mitsubishi Fuso Canter and the Nissan Atlas.

The former Central Motors produced the Dyna Route Van from April 1957 to June 1967.

The Toyopet Route Truck RK52 was the contributing platform of the Dyna. A new Toyota Japanese dealership was established to sell the Toyopet Toyoace series SKB called Toyopet Store, which also introduced a sedan version of this platform called the Toyopet Master.

The Toyopet Route Truck was renamed as the Toyota Dyna in April 1959. Although it shared the same platform as the Toyoace, its appearance is more similar to its other derivative, the Daihatsu Delta.The K20 Series Toyoace was produced until the Y10 Series arrived. It was sold as Toyota PK25 Truck for the export market.

Exterior design has been revamped to create a smarter look that blends in better with the urban landscape and to accentuate functionality.

The grand new cab is similar to that of a 4.0-ton truck and features a spacious cabin and deck space to expand cab variations.

Standard and wide cabs feature front panels with rounded, more aerodynamic corners to protect the side windows from mud and to lend the look of a wider, more open, more road-hugging vehicle.

The cabin provides greater functionality and riding comfort. For both standard and wide cabs, changes have been introduced to increase driver vision, visibility, and user-friendliness, minimizing fatigue. Apart from motorized outer mirrors, the grand cab offers riding comfort that is top in its class. The driver’s seat includes adjustable seat belt anchors and a 31° reclining angle.

A completely new design has been introduced, with larger wooden decks and greater durability.

The trucks have been designed to allow greater latitude in customization, as outlined below. Toyota has also upgraded its Toyota Easy Carry System (TECS) for special-purpose vehicles, particularly vans.

Daily inspection and maintenance has been made much easier by providing easier cab tilt operation and a trouble-free stay mechanism. Changes have also been made to the shift lever installation. Changes to the front panel and upper garnish make equipment easier to inspect. The open/close front panel for the grand cab series improve inspection for seven items, including the window washer tank and wiper motor and link. Relay fuses have been centralized under the glove compartment and a seat-folding system is added for easy access to the tool kit in the rear.

The new models have been designed to meet social requirements for safety and environmental conservation.

The outer mirror has been made wider, greater mirror curve implemented, and new cornering lamps installed to increase the range of indirect vision. Instrument visibility has been increased and pedal, switch, and lever control made easier. Seats have been designed to minimize fatigue. Modified suspension increases running stability, and an upgraded braking system provides outstanding braking performance. Thermoplastic resin used for front steps ensures greater recyclability, and cleaner, more fuel-efficient engines conform to the latest emission regulations. The steel deck has been reinforced to reduce the use of tropical timber.

SOME INFORMATION ABOUT THE TOYOTA DYNA

The Toyota Dyna dates back to 2001 and follows the Japanese light-truck formula of a forward-control cab, with driver and passengers sitting over the front axle. This gives the potential for a relatively long load area compared with the overall length of the vehicle, making it an attractive model for builders and landscape gardeners operating in urban areas, where parking spaces are tight.

The Dyna is available as a chassis cab, giving buyers the option to fit bodywork of their choice. Toyota also sells ready-bodied dropside and tipper models. The Dyna is available in 300 (3,000kg gross weight) and 350 (3,500kg GVW) models, giving three different lengths. 300 models are only offered with a short wheelbase and a choice of chassis-cab, dropside and rear-tipper bodies.

The same options are repeated for the 350 medium-wheelbase model, except that the tipper body will tip to either side as well as the rear. The long-wheelbase model is offered as a chassis cab or with dropside body. All models are powered by the same 3.0-litre diesel engine, producing 144bhp.

HOW TO TAKE CARE YOUR DYNA?

Preventative maintenance is the best way to keep your DYNA running reliably and reduce the risk of breakdown.

Here are the top ten preventative maintenance tips that we suggest all trucking businesses follow:

Every trucking company has a unique fleet of trucks and trailers and needs to adapt their preventative maintenance list to suit their situation. Including these ten tips in your list will help ensure your trucks run more reliably and are less susceptible to breakdown. 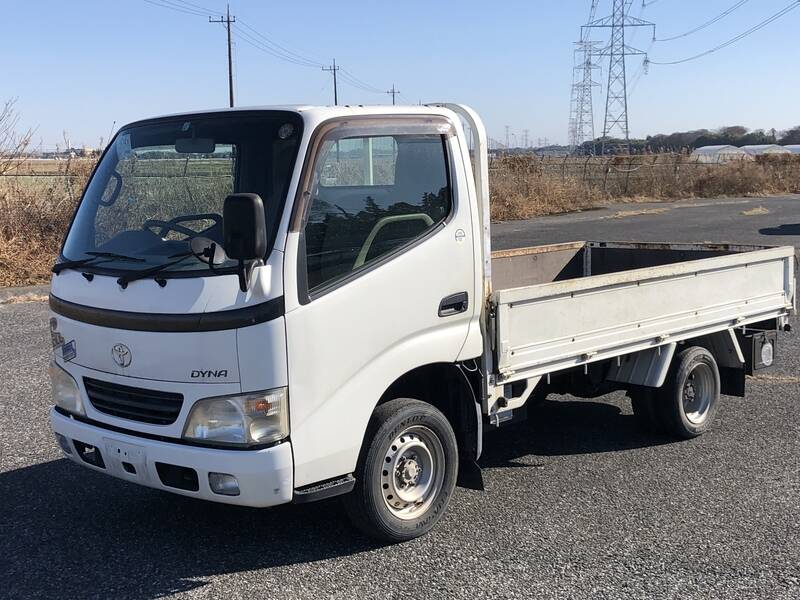 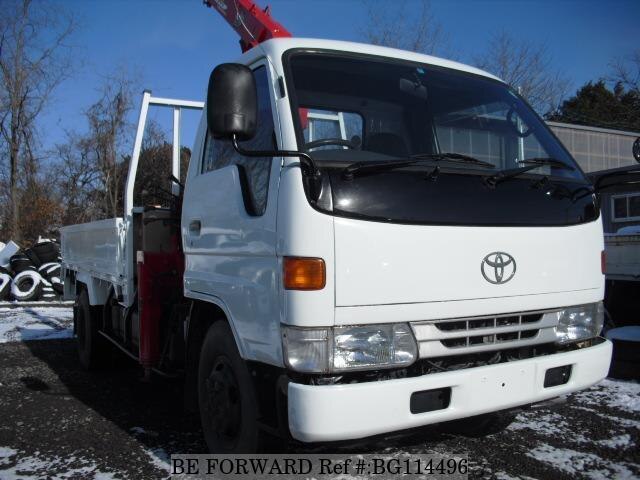