The Toyota Tacoma is a common sight here in Southern California. The typical morning commute is filled with sightings of all flavors of the popular compact/midsize pickup — not to mention the durable pre-1995 models that were merely dubbed “Pickup.” Given that the Toyota truck is such a visible part of the automotive flora and fauna here in Los Angeles, we wanted to get our hands on the latest version, the Tacoma TRD T|X Baja Series, as soon as possible.

For 2011, Toyota introduced the T|X line of packages for the Tacoma. (T|X stands for Tacoma Extreme, and was inspired by trucks Toyota built for the SEMA show.) This low-volume line includes styling and performance features packaged to cost less than buying each item separately. The Baja Series is the newest member of the T|X line, named for Toyota’s decades of racing history at the Baja 500 and 1000. The Baja offers the 4.0-liter V-6 backed by either a six-speed manual or five-speed automatic, as an Access Cab or Double Cab.

It comes standard with the TRD Off-Road package, which includes hill-start assist, downhill assist, traction control, and an electronic rear-locking diff. That package is available on other trucks, but there are plenty of other features that separate the Baja Series from the rest of the Tacoma flock. The Baja is shod with BFGoodrich T/A KO tires on 16-inch gunmetal gray beadlock-style wheels. In front, the suspension uses 60mm Bilstein race shocks and TRD coil springs; 50mm remote-reservoir race Bilsteins grace the rear. Ride height is up by nearly 2 inches, and wheel travel is up by 1 inch in front and 1.5 in the rear. On the performance side, Toyota added a TRD cat-back exhaust and, as you can see here, flat-black graphics seen only on the Baja Series.

This truck weighs more than the four-wheel-drive 2012 Tacoma, so the Baja’s 7.6-second 0-60 time is 0.2 second slower than the standard model’s, despite the different exhaust. What the TRD system gives the truck is much better response off the line and better acceleration at speed. It also adds an exhaust note that is louder than in the regular unit, but we quickly got used to it. The added liveliness in acceleration made it easier to tolerate a five-speed automatic that’s far from being the fastest-shifting transmission out there.

Ride feels slightly firmer than in other Tacomas, and at low speed and when going over dips, there is a slight shimmy in back, due to the suspension changes. The truck sits taller than a non-Baja model, and there’s a little more tire noise, but otherwise it offers a good balance between perfectly good daily driver and impressive off-roader. The interior is essentially the same as in other Tacomas, and includes the Entune infotainment system. One gripe: You have to press the Apps button and then Map to get the map on the screen. It should be easier to access than that.

Most people who saw this truck liked its appearance. Tacomas look good lifted and with a bigger wheel and tire package. Add the Baja graphics and beadlock wheels, as well the more aggressive 2012 front end, and you get aftermarket style with the Toyota warranty. It seems a great value for the money, and those who love adding aftermarket touches wouldn’t have to do much.

SOME INFORMATION ABOUT THE TOYOTA TACOMA TRD T/X BAJA SERIES

Toyota has rolled out a similar performance-themed pickup based on the Tacoma, which for now is only a concept but has already been confirmed for production.

Described as a “pre-production” concept, which basically means the eventual production version will be almost identical, the new pickup was co-developed by Toyota’s motorsports and performance division Toyota Racing Development (TRD)

Named after Mexico’s Baja California Peninsula, the home of the grueling Baja 500 and 1000 desert off-road races in which Toyota has built up quite the reputation, the Tacoma TRD T/X Baja Series is currently undergoing final testing for application on both the Tacoma Access and Double Cab 4×4 models equipped with the TRD Off-Road Package.

The Tacoma T|X Baja Series is equipped with a 4.0-liter V-6 engine and in production trim will be available with either a six-speed manual or five-speed automatic transmission.

The front suspension has been upgraded to include Bilstein race shocks with TRD coil springs that feature a protective zinc plated body and a one inch increase in wheel travel. The rear suspension also gets Bilstein race shocks but with a remote reservoir to increase shock oil capacity for greater heat dissipation and damping sensitivity. The rear shocks also include a zinc plated body and a 1.5-inch increase in wheel travel.

The T|X Baja Series will be part of a 2012 Tacoma line that is updated with a restyled front end and a refreshed interior in all models. Exterior changes include a redesigned hood, grille, headlamps and front bumper, among other changes.

Giving your Toyota a regular all-round wash is a great way to keep it in the best possible shape and inspect the bodywork and interior for any  wear-and-tear that you can attend to before it becomes a big concern.

Think about it: If your Toyota TRD T/X BAJA is regularly equipped with clean filters, oil and other lubricants, its engine will operate without any undue strain. This will lead to better fuel consumption and better engine performance in the short term and greater durability in the long term. 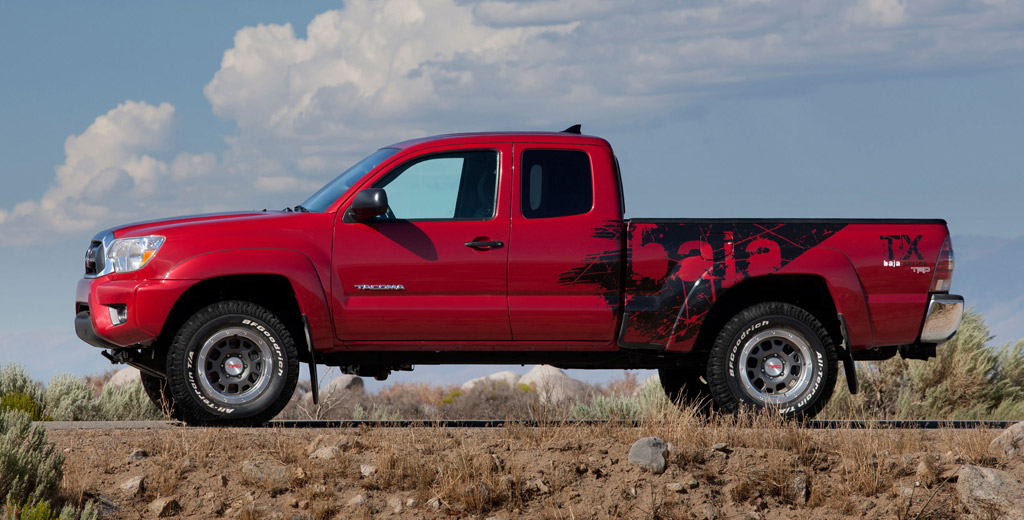 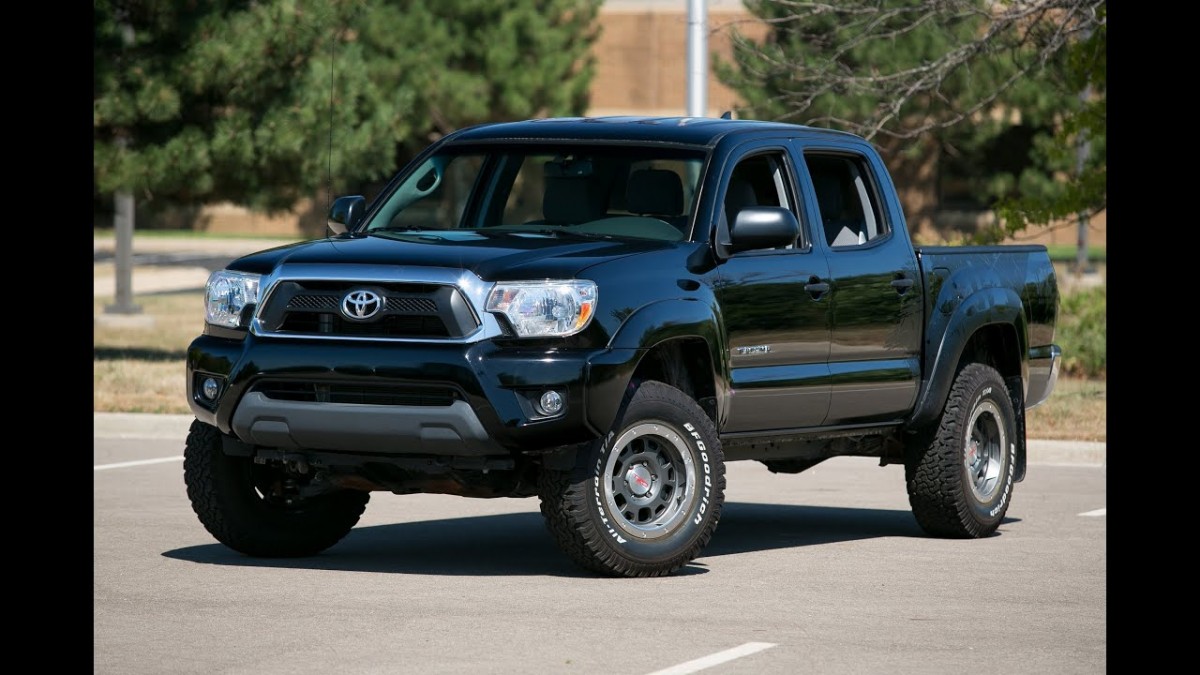 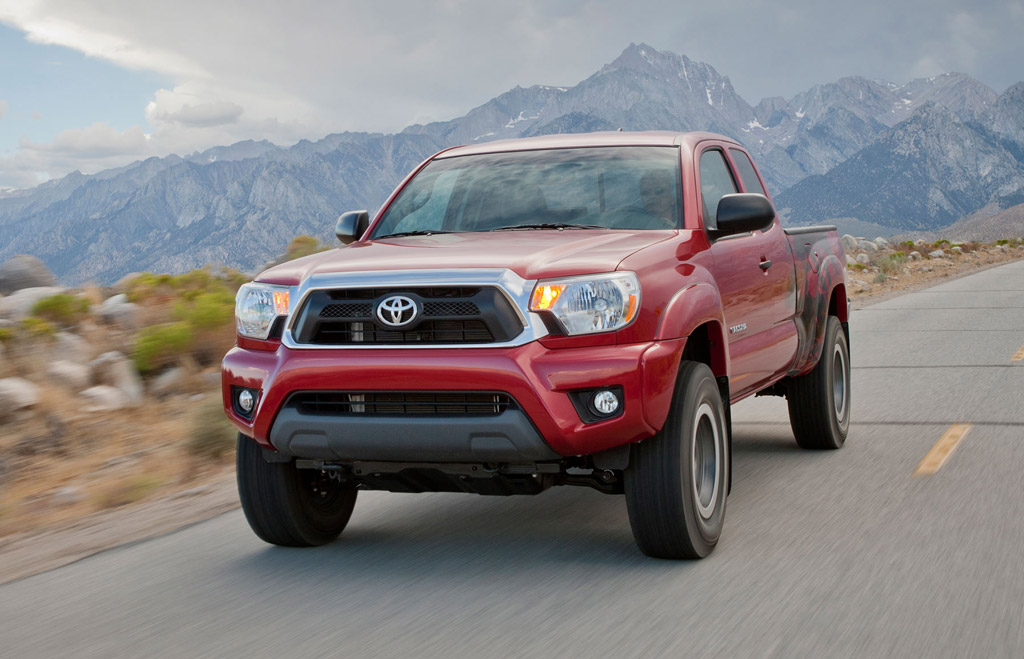